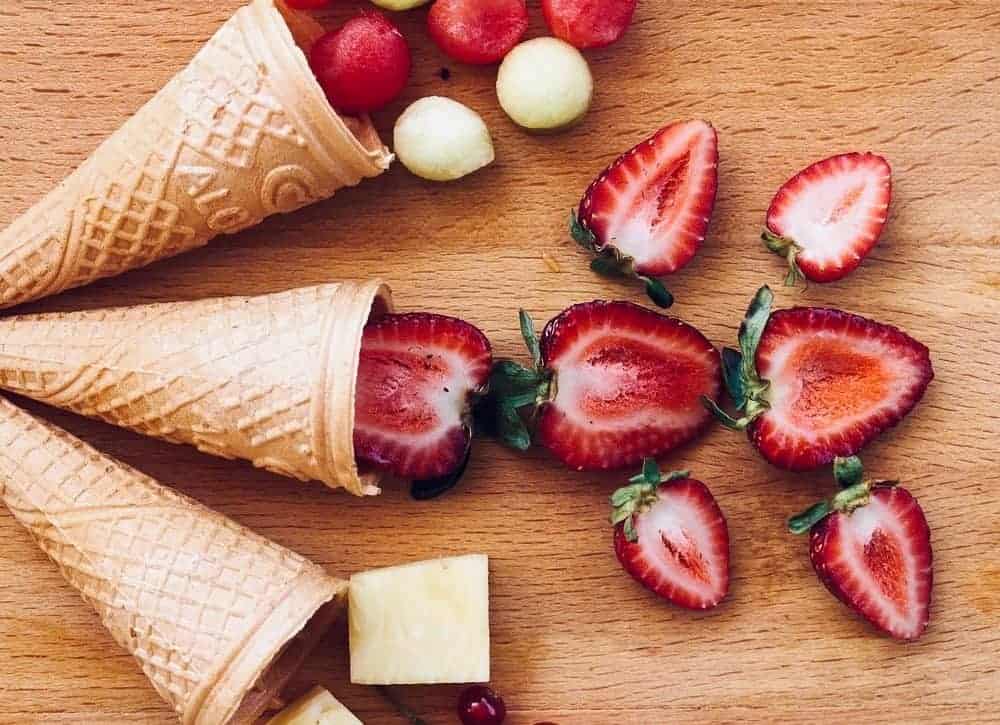 As a registered dietitian, I want to address a topic that’s been bothering me for some time already, both within and outside of the vegan community.

That’s how we view our diet and the labels we use for the foods we choose to eat or not eat.

I find the use of words such as “clean eating” or “cheat meals” especially troubling. Unfortunately, they are very prevalent, from the youtube videos I watch to the locker room chats I overhear in the CrossFit box I train in.

This article addresses the repercussions that using these terms can have on your physical and mental health. It also offers a few suggestions to help you start viewing foods in a different, perhaps more beneficial way.

What is clean eating?

People usually view a “clean diet” as one devoid of junk foods, added sugar, oil, salt, or alcohol, or any other foods demonized by our current dieting society.

To give you a clearer picture, you may think of a “clean diet” as one that resembles the way in which our grandparents’ or great-grandparents’ ate.

In sum Clean eating is a poorly-defined term generally used to refer to a diet that’s rich in minimally-processed foods. “Clean diets” are usually devoid of foods demonized by our current dieting culture.

On the surface, the “clean eating” movement may seem beneficial.

In fact, many view it as a great way to get people to eat more nutrient-rich, health-promoting foods.

However, this way of thinking about food can also be terribly problematic, for several reasons.

I’ve heard friends, relatives and clients using terms like “clean eating” or “having a cheat meal” more times than I can count.

It’s usually accompanied by a story about how “bad” they’ve been for indulging in foods they feel they shouldn’t have eaten over the weekend.

Or one about how “good” they’ve been by forgoing dessert or skipping wine with their latest restaurant meal.

The problem with viewing certain foods as “good” and others as “bad” is that it tends to promote a dieting mindset. One which can make you desire the “forbidden” foods even more.

For some people, this may even ignite a vicious cycle of bingeing and purging which can be difficult to step out of.

The pink elephant in the room

Back in university, one of my psychology professors mentioned an interesting experiment.

In it, people were asked to think about anything they wanted as long as it didn’t include a pink elephant. Or was it a white bear?

Regardless of the animal, go ahead and try it. For the next 10 seconds, let your thoughts roam, but whatever you do, don’t think of a pink elephant. Ready? Go!

I’m willing to bet it didn’t take long before a pink elephant came to mind! That’s because trying to avoid thinking of something generally makes your mind focus on it even more. This is known as ironic process theory (1).

Ironic process theory applies to food as well. Having a mental list of allowed and forbidden foods, and trying to avoid eating the “bad” ones often makes you crave them even more (2, 3, 4).

2. Implies that some diets are “dirty”

Defining some diets as “clean” inherently implies that others are “dirty.” Unfortunately, this concept of diet purity is something many self-proclaimed diet gurus bank on to make a buck.

Diet purity is prevalent on many diets, including within the vegan community where sugar, cooking oils, soy, mock meats, non-organic produce, gluten and even cooked foods are often demonized.

Some go as far as to label these foods as toxic or dangerous, often without strong scientific evidence. This can cause a person’s diet to be unnecessarily restrictive, potentially increasing the risk of nutrient deficiencies.

On a deeper level, diet purity also promotes food shaming, which in turn perpetuates feelings of shame, defeat or inadequacy.

Shaming people for their food choices is seldom a good motivator of behavior change. Plus, a person’s self-worth definitely shouldn’t be based on the amount of processed or unprocessed foods found in their diet. (5)

3. Is becoming a socially acceptable form of food restriction

There’s a true risk that clean eating is slowly becoming, or perhaps has already become, an accepted form of food restriction.

In some cases, this can mask true warning signs of an eating disorder or one in the making. In others, what starts as good intentions may morph into a disorder known as orthorexia.

Unlike eating disorders that purely focus on restricting the quantity of food, orthorexia focusses on the quality of foods.

People with orthorexia tend to obsess about the benefits of healthy eating. They also tend to have an extreme fixation with the “purity” of foods to the point that it negatively impacts their daily lives.

Here’s a detailed article about orthorexia I wrote a few years ago if you’d like to learn more about it.

Just to be clear, not everyone that who tries “clean eating” will develop an eating disorder or orthorexia. But people predisposed to disordered eating behaviors may be especially at risk.

How to step out of your “clean eating” mentality

Here are a couple of things you can try if you notice that your “clean eating” mentality is actually causing you more harm than good.

If you struggle with identifying your signals of hunger and satiety, the printable chart below can help guide you through the process.

I encourage you to seek support from a qualified health professional specializing in eating disorders.

If you suspect you may be battling an eating disorder, you can also contact the National Eating Disorders Association (NEDA) helpline.

In sum If your “clean eating” behavior is causing you more harm than good, try changing your mindset by following the tips above. For more help and support, reach out to a qualified healthcare professional.

The “clean eating” movement is meant to encourage people to improve the quality of their diet.

Yet, despite its good intentions, it can promote an unhealthy dieting mindset, mask disordered eating behaviors and promote a culture of food shaming.

What do you think –– does “clean eating” do more harm or good? I’d love to hear your point of view, so let’s get chatting in the comments below.