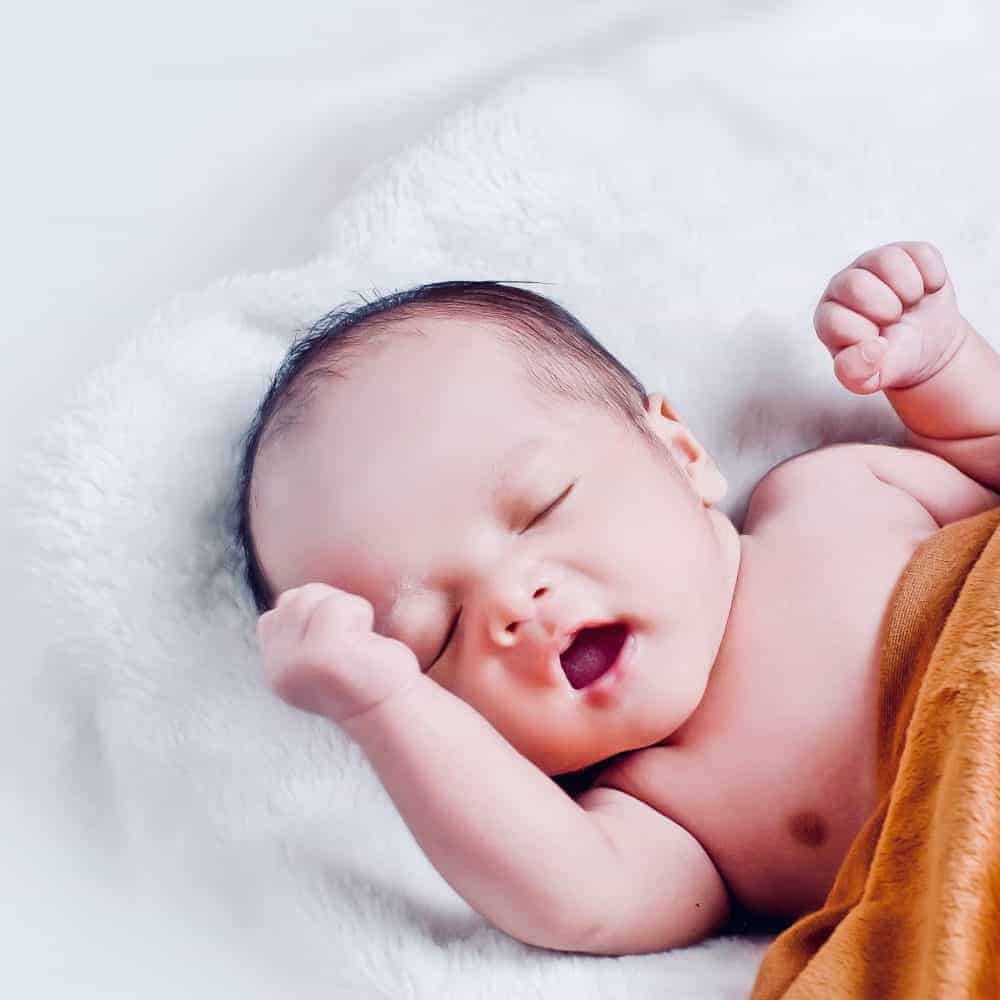 Before becoming a mother, I had heard of some people attempting to make their own baby formula at home. But I certainly had no idea that this topic would generate over 20,000 hits on Google. Nor that so many parents were sharing their recipes online.

Being a mama myself makes this a topic that’s near and dear to my heart. Plus, I find this an especially important topic to cover given the headlines above.

This article shares the 5 reasons why I consider homemade baby formulas dangerous and why, as a registered dietitian, I strongly warn parents against their use.

Most parents simply do what they think is best

Before we get started, I just want to take a moment to mention that I’m not here to judge your parenting practices. As parents, we each bear the responsibility of making the choices that we think are best for our family.

I’m certain that the parents making the headlines because of their use of homemade baby formula absolutely didn’t intend for this to happen.

I’m also willing to bet that, had they known what they know now, these families would’ve opted for a different option when feeding their babies.

So my goal with this article is not to shame parents for their choices. I simply strive to share current, science-based information to help parents make a truly informed choice –– regardless of what that choice may be.

IN SUM – This article is not intended to judge your parenting practices. It simply aims to share science-based information to help you make a fully informed choice for your family.

Babies grow at very quick rates and require a pretty precise cocktail of nutrients to meet their developmental needs.

Breastmilk naturally provides the right mix of these nutrients while baby formula is science-engineered to reproduce this mix, as closely as possible.

Getting too little or too much of a certain nutrient can have disastrous consequences for a baby’s health. This is why baby formula manufacturers are required to abide to pretty stringent rules and regulations regarding their content.

During my first year in the Netherlands, I worked for a large medical nutrition company. Amongst other things, this company manufactured infant and toddler formulas.

The short time I spent working there made me realize how controlled the baby formula-manufacturing business really is.

All formulations had to fulfill strict requirements. For instance, their nutrient levels had to fall precisely between the minimum and maximum levels allowed for of each nutrient (1, 2).

They also had to abide to guidelines regarding their manufacturing process, including specific measure to rule out cross-contamination. Each batch was then tested to confirm its nutrient content and lack of contamination with unwanted substances.

I even had to work out how much of each nutrient to include so that levels remained within the recommended nutrient range over the whole shelf-life of the formula, keeping in mind that each nutrient degrades at different rates over time.

Now I don’t know about you, but I personally don’t feel confident that I’d be able to reproduce the precision of this manufacturing process in my own kitchen. And I believe most mothers do not have this ability.

This is one of the reasons why I don’t recommend attempting to make your baby formula at home.

IN SUM – Baby formula manufacturers have to abide to very strict rules regarding the composition, manufacturing and safety of baby formula. This level of precision is, in most cases, impossible to achieve in your own kitchen.

Because of this, a formula providing just slightly too little or too much of a nutrient can quickly result in a nutrient deficiency or nutrient overdose.

Unfortunately, all of the popular homemade formula recipes I’ve analyzed so far contain too little of certain nutrients, dangerously high levels of others, or provide nutrients in a ratio that’s not ideal for a baby’s growth and development.

For instance, all highlighted values above fall outside of the nutrient range recommended by the FDA’s 21CFR107.100 code relating to the composition of baby formula (1).

Sure, you can find various testimonials on the internet from parents describing how well their babies fared on homemade formula. But that provides no promise that all babies do.

As a registered dietitian, I strongly lean towards recommendations based in science over those based on anecdote – and I don’t consider homemade formulas a risk worth taking.

IN SUM – Homemade baby formula recipes often contain suboptimal nutrient levels or provide nutrients in a ratio that’s not ideal for a baby’s growth and development.

3. Many recipes use unsafe ingredients

Many homemade formula recipes I’ve come across so far use potentially dangerous ingredients, such as unpasteurized cow’s milk or goat milk.

Raw milk has a much higher likelihood of containing bacteria such as Listeria, Salmonella or E. coli which can cause severe and in some cases, even deadly infections (3).

Discussing the risks or benefits of raw milk falls outside of the scope of Veggies & More. But if you’d like to read more about it, I can refer you to this in-depth review of raw milk, written by a fellow nutrition professional.

Organ meat is another popular ingredient in some homemade baby formula recipes. This type of meat is very rich in vitamin A, and recipes made using it often far exceed the maximum amount of vitamin A considered safe in infants.

Excess vitamin A intakes have been linked to weaker bones, increased skull pressure, joint pain and may have various other toxic effects both in adults and children (4).

The questionable use of these unsafe ingredients in many homemade formula recipes are one more reason to warn parents against their use.

IN SUM – Many baby formula recipes call for unsafe ingredients that can put a vulnerable baby’s health at risk.

Let’s put the previous 3 points aside for a moment and imagine you found a “perfect” homemade baby formula recipe. One that closely meets your baby’s nutrition needs and contains nutrient levels that fall well within the recommended range.

Such a formula will likely require the addition of supplements – be it natural or synthetic ones. I say this because it’s nearly impossible to create a baby formula that will meet 100% of a baby’s nutrition needs without these additional ingredients.

Like I mentioned earlier, commercial baby formulas have to pass rigorous safety testing processes to ensure that the formula inside the package is devoid of contaminants and actually contains what’s listed on the package.

But if you’ve watched my video about “picking the best multivitamin for your needs,” you’ll know that supplements aren’t regulated. In fact, they often contain higher or lower levels of nutrients than those listed on the label.

Sometimes, they even contain compounds not listed on the label at all (4).

Therefore, even when a recipe appears “perfect” on paper, it’s virtually impossible for parents to be certain that the prepared version will actually contain the nutrients that paper-version promises to contain.

Even a tiny bit too little or too much of a nutrient, can, over time, cause a deficiency or dangerous overdose. This can have devastating, and sometimes, irreversible consequences on your little one’s growth, development and overall health.

IN SUM – Supplements added to homemade formulas are unregulated, and often contain different ingredients than what’s listed on their labels.

Whether we like to think about this or not, our kitchens are often not as clean as they seem.

So despite a parents’s best precautions, cross-contamination with bacteria or other pathogens while making a batch of homemade baby formula is another risky possibility.

Most parents do not have the ability to perform the same quality-control checks that a baby formula manufacturing plant has. So there’s no way to know for sure that a batch of homemade formula is free of bacteria or other dangerous contaminants.

Considering that a baby’s developing gut and immune system are particularly vulnerable to infections, I see this as yet another reason why homemade formulas are not worth the risk.

IN SUM – Despite a parent’s best efforts, homemade formulas risk becoming contaminated with bacteria and other risky pathogens. This can put a baby’s developing gut and immune system at risk.

So what’s the alternative?

Donor milk is, in most cases, the better option of the two. That said, this option may not be available to everyone. Therefore, the most practical alternative in most cases is likely to be infant formula.

Infant formula is designed to replicate, breastmilk as much as the current technology allows it, and in my professional opinion, is a far safer choice for your baby’s development than homemade baby formula.

For vegan parents, soy infant formula is currently the closest option to a 100% vegan formula. Besides lanolin-derived vitamin D, all other ingredients are typically derived from plants.

I realize that use of soy in baby formula is yet another controversial topic. That said, the latest research confirms it’s safe to use with most babies, including vegan babies.

Feel free to read my recent summary of the scientific literature on the safety of soy baby formula to learn more.

Despite some parents’ rave reviews, homemade formulas tend provide nutrients in levels or ratios considered suboptimal for a baby’s healthy growth and development.

Many recipes require the use of unsafe ingredients or unregulated supplements. Plus, attempting to make baby formula in your kitchen raises the risk of contamination. All of these factors can put your baby’s immature gut and immune system at risk.

These are the reasons why I, like most other registered dietitians, consider homemade baby formulas dangerous and warn parents against their use.